Sketch accuracy is usually measured in terms of Relative Error (RE = Measured/Truth -1). Sketches are stochastic processes and the estimates produced are random variables that have a probability distribution that is close to the familiar Gaussian, which looks like the following. 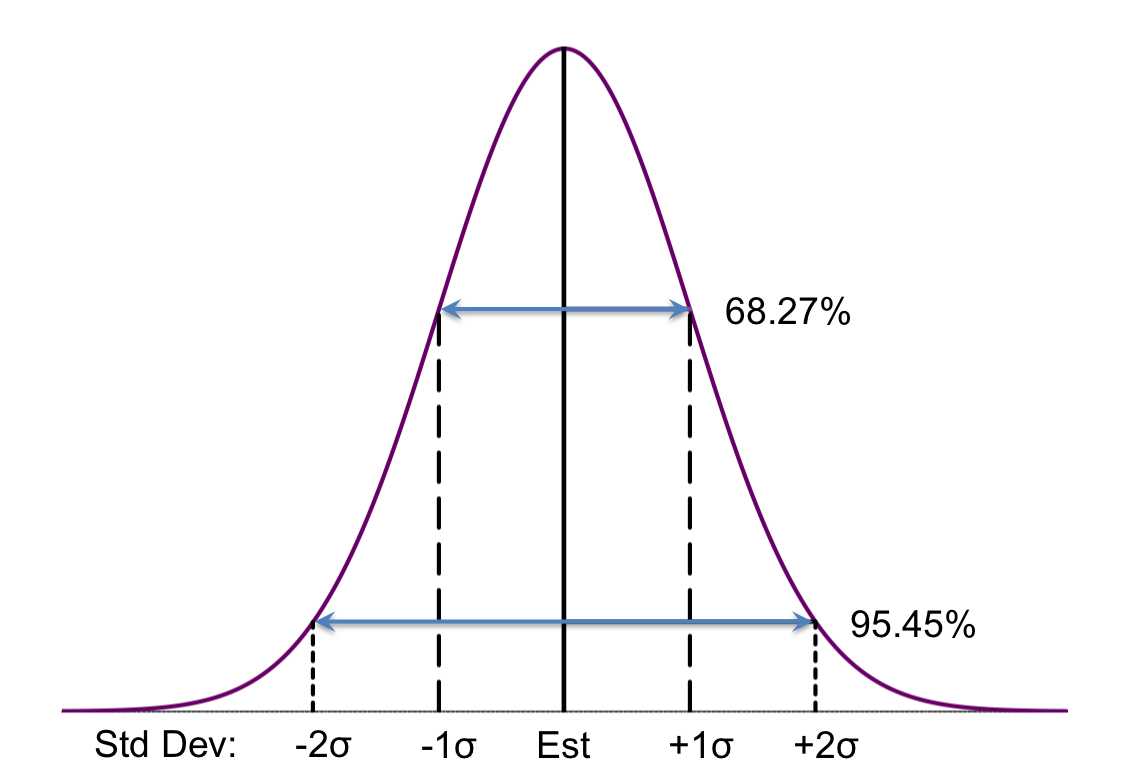 From the mathematical theory of these sketches (see Sketch Equations and Theta Sketch Framework) we know:

Dividing the variance by est2 and taking the square root normalizes the error to < 1/√ k - 1 , which is called the Relative Standard Error or RSE. This corresponds to one standard deviation stated as a fraction between zero and one, which can be translated to a percent error. Because k is a constant, the bounds of Relative Error of a sketch is constant.