Implementation of a very compact quantiles sketch with lazy compaction scheme and nearly optimal accuracy per bit. See Optimal Quantile Approximation in Streams, by Zohar Karnin, Kevin Lang, Edo Liberty. The name KLL is composed of the initial letters of the last names of the authors.

The usage of KllSketch is very similar to the classic quantiles DoublesSketch. 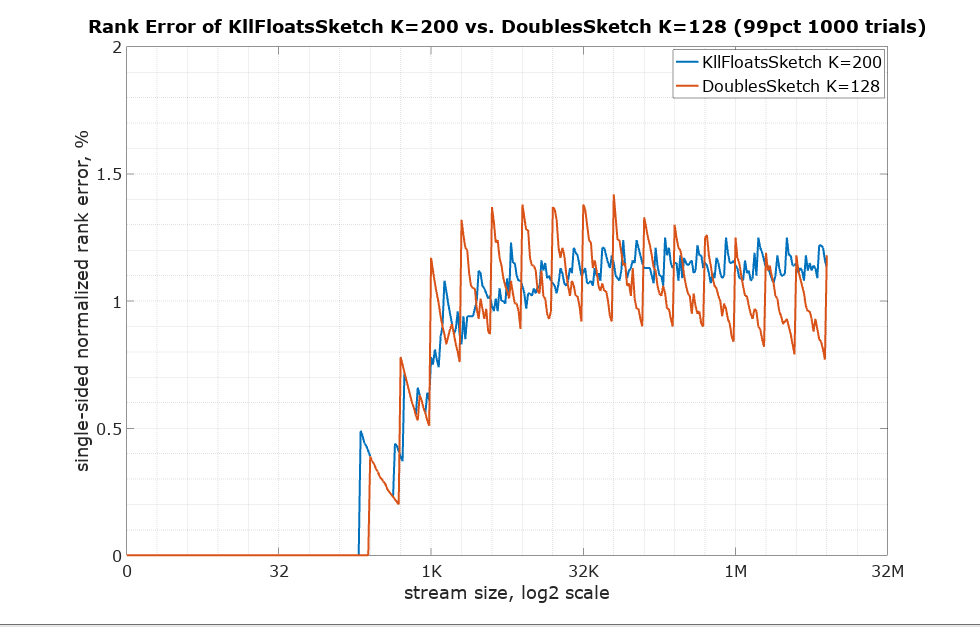 The classic quantiles DoublesSketch has two forms with different serialized sizes: UpdateDoublesSketch and CompactDoublesSketch. The KLL sketches makes this distinction differently. When the KllSketch is serialized using toByteArray() it is always in a compact form and immutable. When the KllSketch is on-heap it is always updatable. It can be created off-heap using the static factory method newDirectInstance(…) method, which is also updatable. It is possible to move from off-heap (Direct) to on-heap using the heapify(Memory) method. The merge(…) method will work with off-heap sketches, on-heap sketches and Memory wrapped compact byte arrays.

Here is the comparison of serialized sizes: 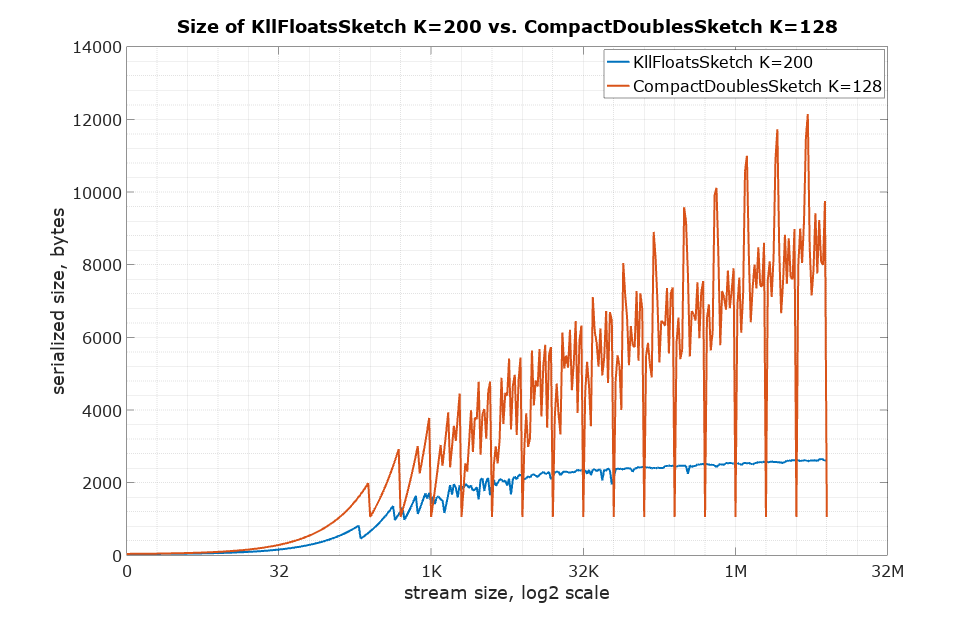 Here is the comparison of the number of retained items to see the difference with no influence of the size of the item type: 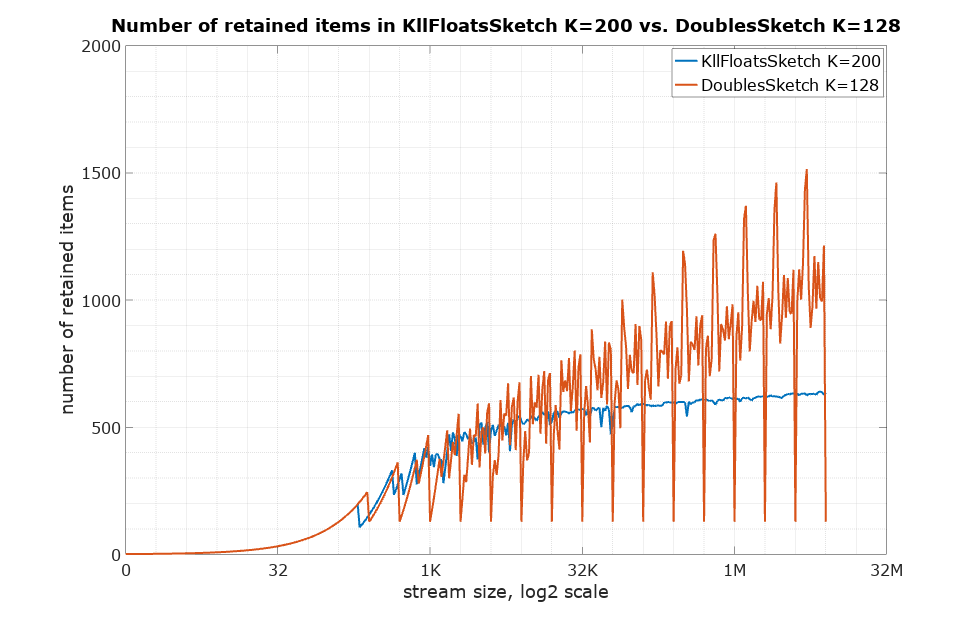 Below is the accuracy per byte measure (the higher the better). Suppose rank error is 1%, so the corresponding accuracy would be 99%. Divide that by size in bytes to arrive at this measure of how expensive each percentage point is in terms of space needed: 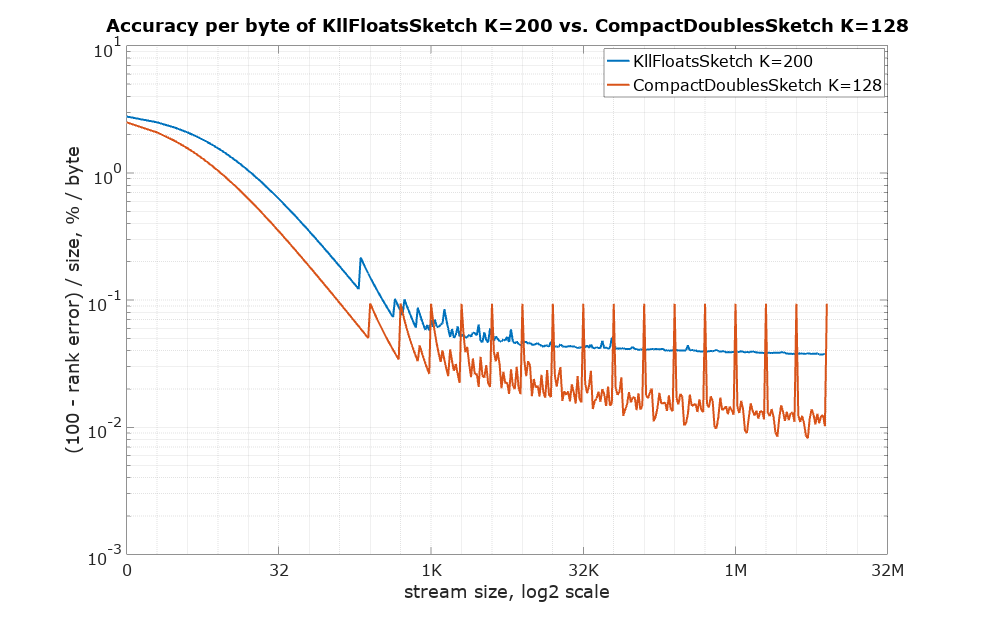 Below is the update() method speed: 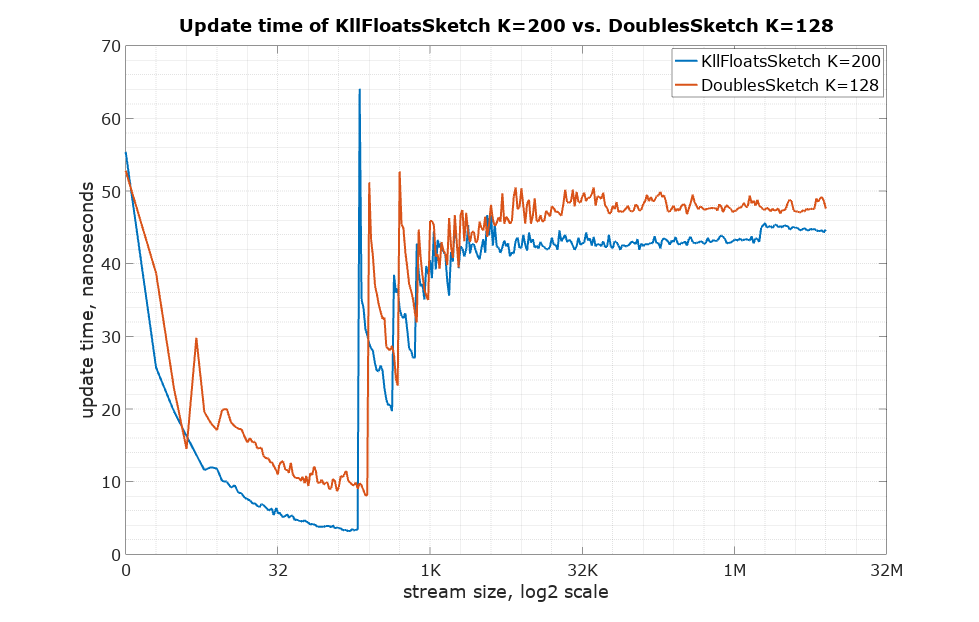