A QuickSelect Sketch, which is the default sketch family, can be constructed with code similar to:

The accuracy behavior of this QuickSelect Sketch (the default, with no rebuild) will be similar to the following graph: 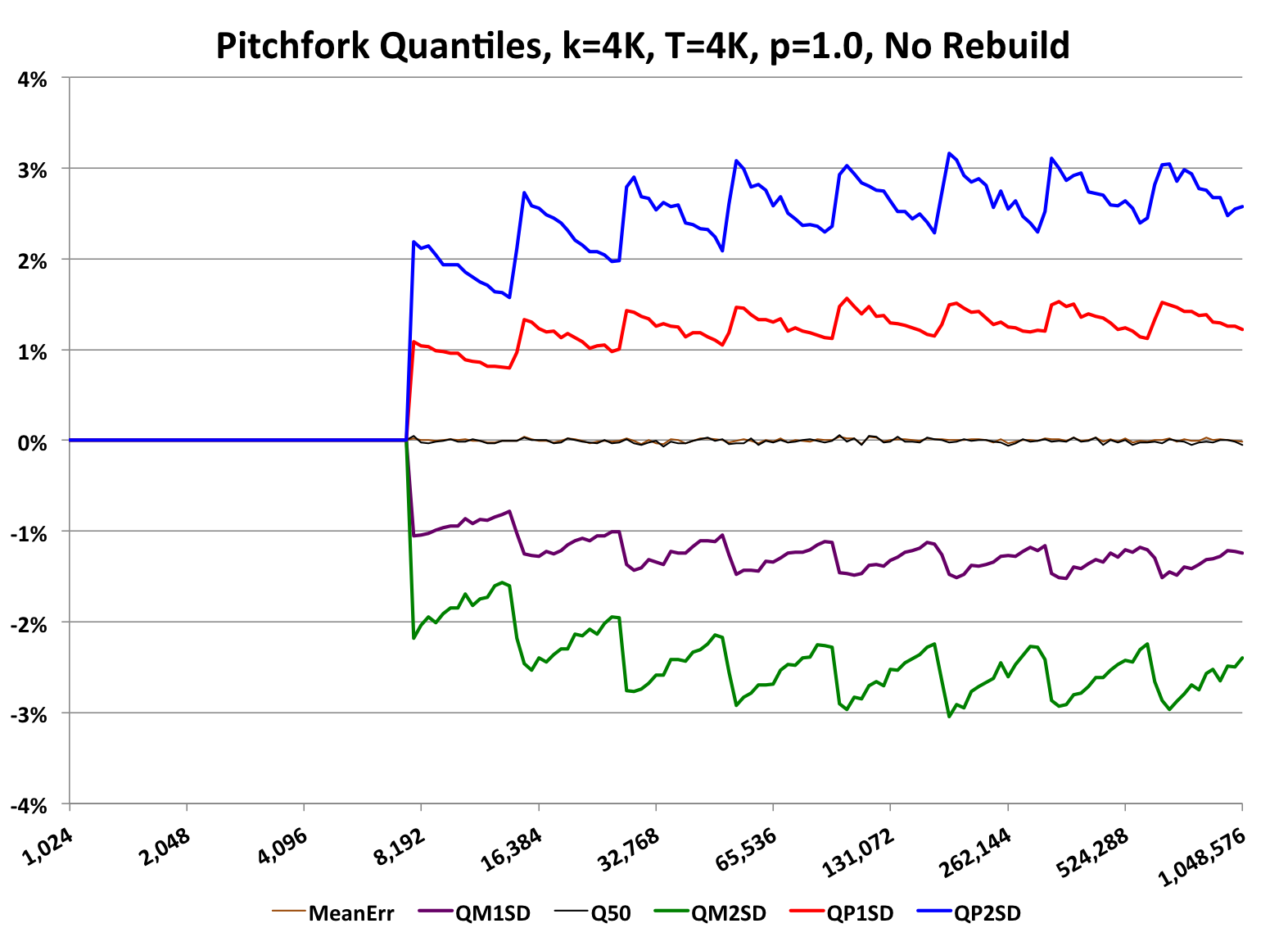 This type of graph is called a “pitchfork”, which is used throughout this documentation to characterize the accuracy of the various sketches.

Pitchfork graphs have these common characteristics:

The specifics of the above pitchfork graph:

If the user does not want the sketch ever to exceed k values, then there is an optional rebuild method (see code snippet above) that can be used. This would result in the following graph: 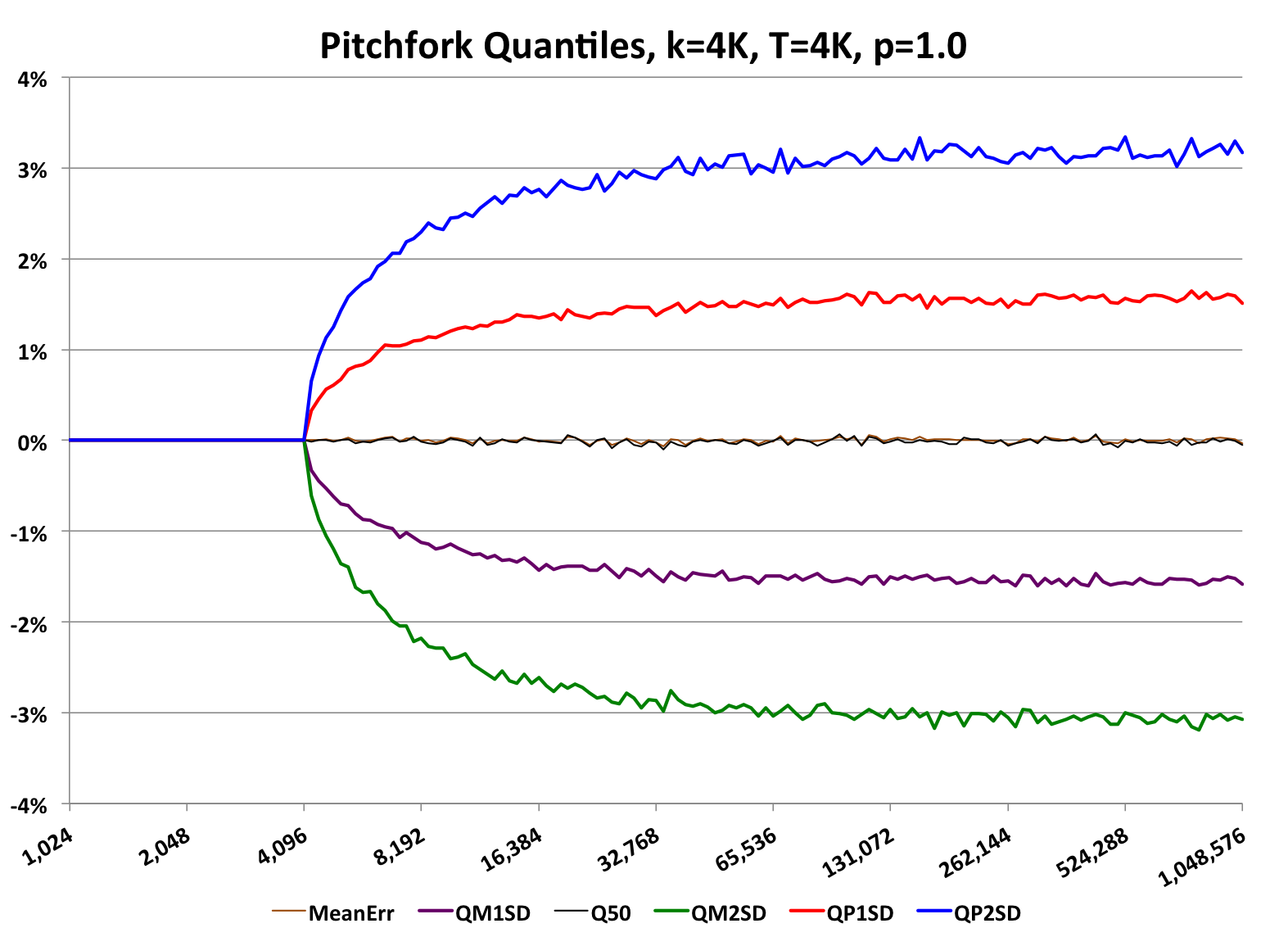 Because of the extra rebuild at the end the full cycle time of the sketch is a little slower and the average accuracy is a little less than without the rebuild. This is a tradeoff the user can choose to use or not. 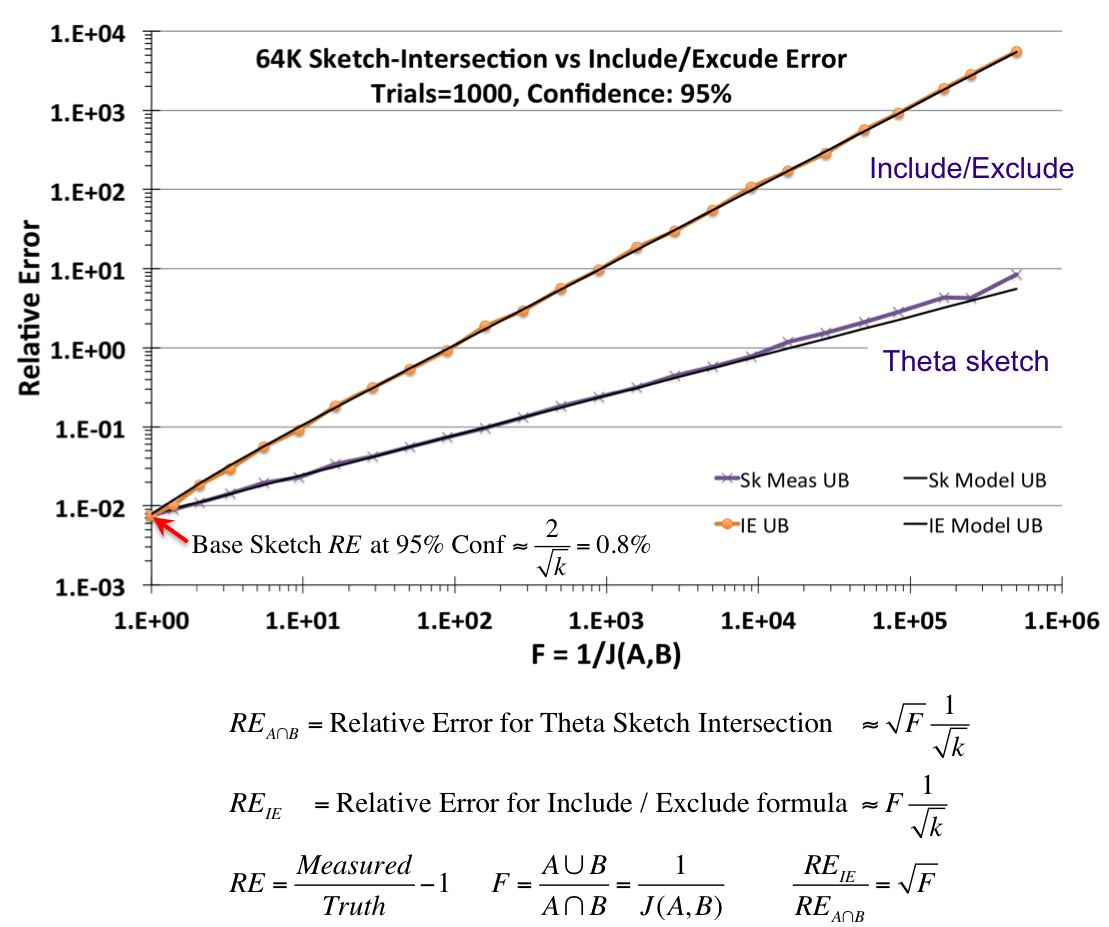 Given any two sets, A and B, the intersection can be defined from the set theoretic Include/Exclude formula (A∩B) = A + B - (A∪B). Unfortunately, for stochastic processes, each of these terms have random error components that always add. The upper line and orange points represent the resulting error of an intersection using the Include/Exclude formula. The lower black line and purple “X” points represent the resulting error from an intersection using the Theta sketch set operations, which can be orders-of-magnitude better than the naive application of the Include/Exclude relation.

Set intersections and differences can have considerably more relative error than a base Theta sketch fed directly with data. Be cautious about situations where the result of an intersection (or difference) is orders-of-magnitude smaller than the union of the two arguments. Always query the getUpperBound() and getLowerBound() methods as these funtions are specifically designed to give you conservative estimates of the possible range of values where the true answer lies.

Theta sketches retain only a small sample of the input streams that that they see. When you perform an intersection it reduces that small sample to an even smaller set, possibly zero! And as you might guess, extracting useful information about your input streams with zero samples is rather difficult: 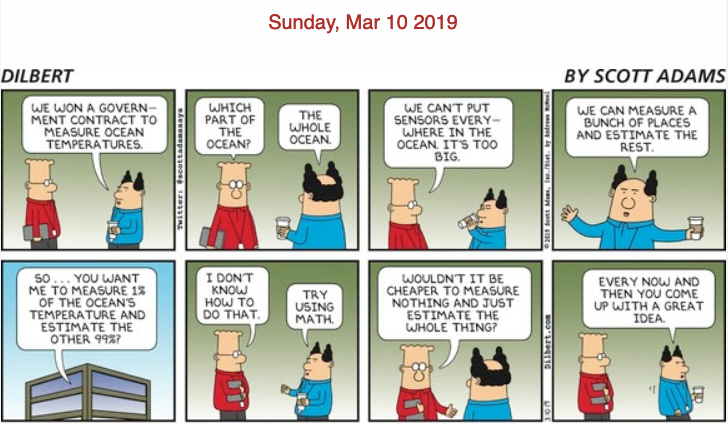 So what can you do?

Another major sketch family is the Alpha Sketch, which leverage the “HIP” estimator. Its pitchfork graph looks like the following: 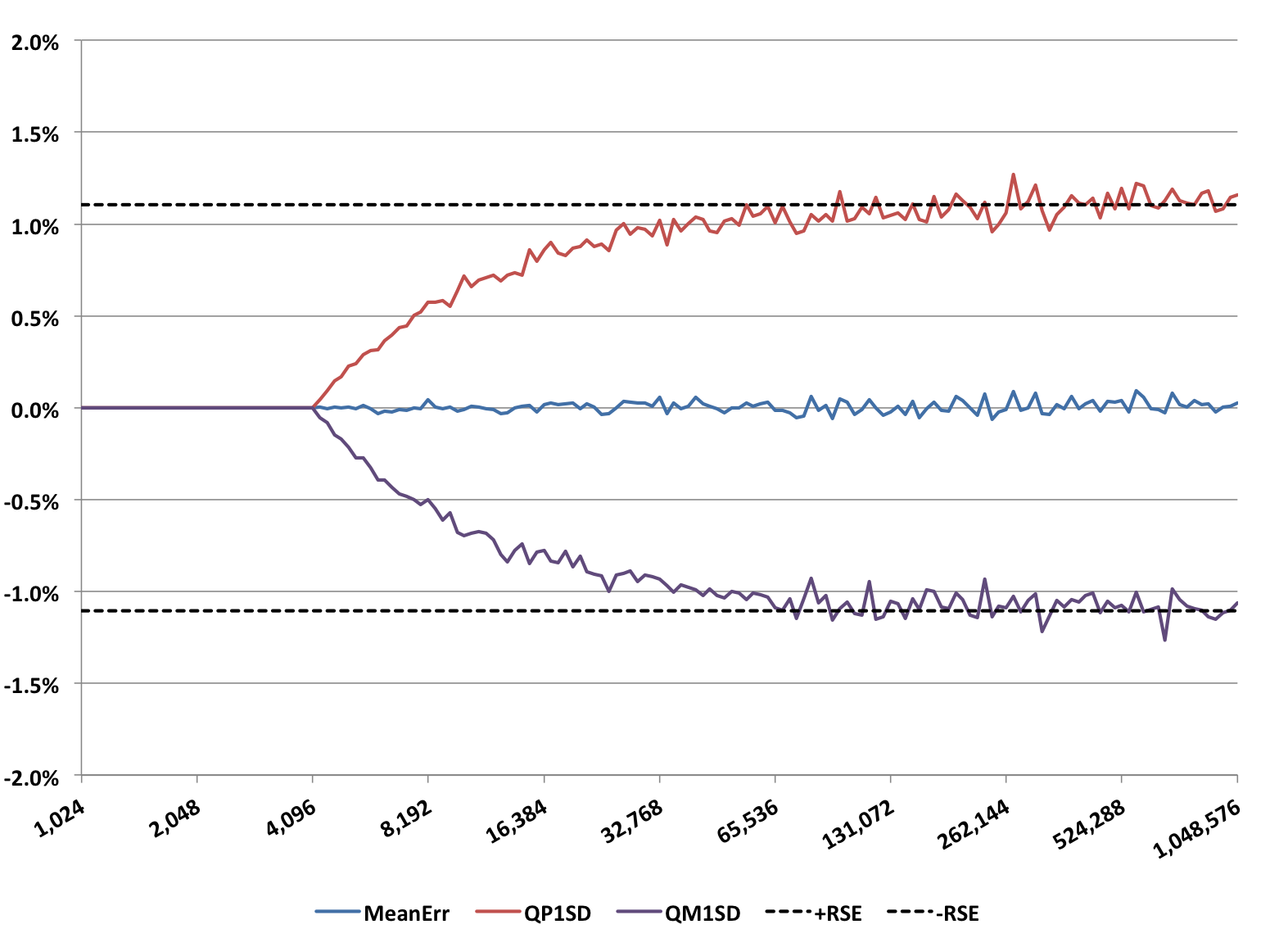 This sketch was also configured with a size of 4K entries, otherwise the defaults. The wavy lines have the same interpretation as the wavy lines for the QuickSelect Sketch above. The short-dashed reference lines are computed at plus and minus 1/sqrt(2k). The Alpha Sketch is about 30% more accurate than the QuickSelect Sketch with rebuild for the same value of k. However, this improved accuracy can only be obtained when getEstimate() is directly called from the Alpha Sketch. After compacting to a Compact Sketch or after any set operation, the accuracy falls back to the standard 1/sqrt(k).