The following graph illustrates the update speed of 3 different sketches from the library: the Heap QuickSelect Sketch, the Off-Heap QuickSelect Sketch, and the Heap Alpha Sketch. The X-axis is the number of unique values presented to a sketch. The Y-axis is the average time to perform an update. It is computed as the total time to update X-uniques divided by X-uniques.

The high values on the left are due to Java overhead and JVM warmup. The humps in the middle of the graph are due to the internal hash table filling up and forcing an internal rebuild and reducing theta. For this plot the sketches were configured with k = 4096. The sawtooth peaks on the QS plots represent successive reqbuilds. The downward slope on the right side of the hump is the sketch speeding up because it is rejecting more and more incoming hash values due to the continued reduction in the value of theta. The Alpha sketch (in red) uses a more advanced hash table update algorithm that defers the first rebuild until after theta has started decreasing. This is the little spike just to the right of the hump. As the number of uniques continue to increase the update speed of the sketch becomes asymptotic to the speed of the hash function itself, which is about 6 nanoseconds. 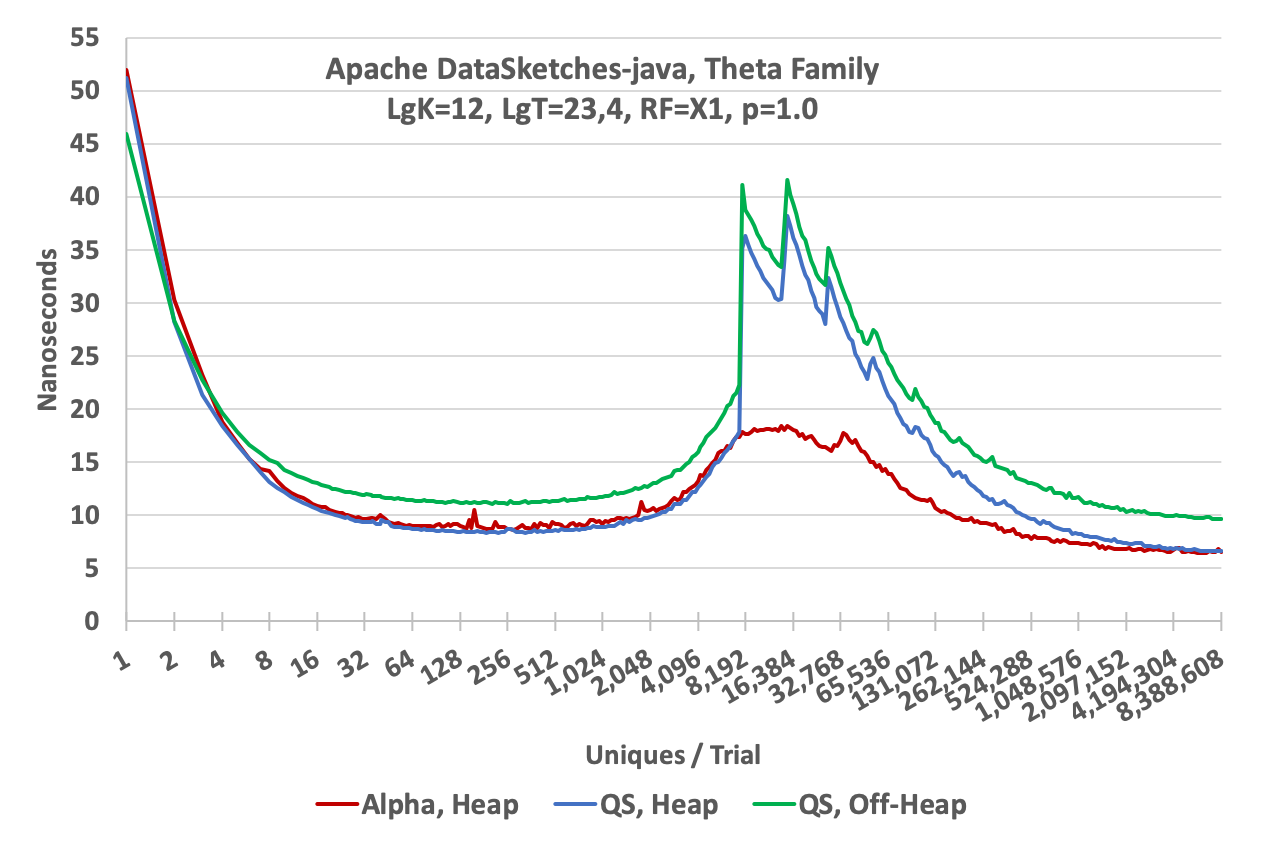 To illustrate how the the optional Resize Factor affects performance refer to the following graph. All three plots were generated using the Heap QuickSelect Sketch but with different Resize Factors. 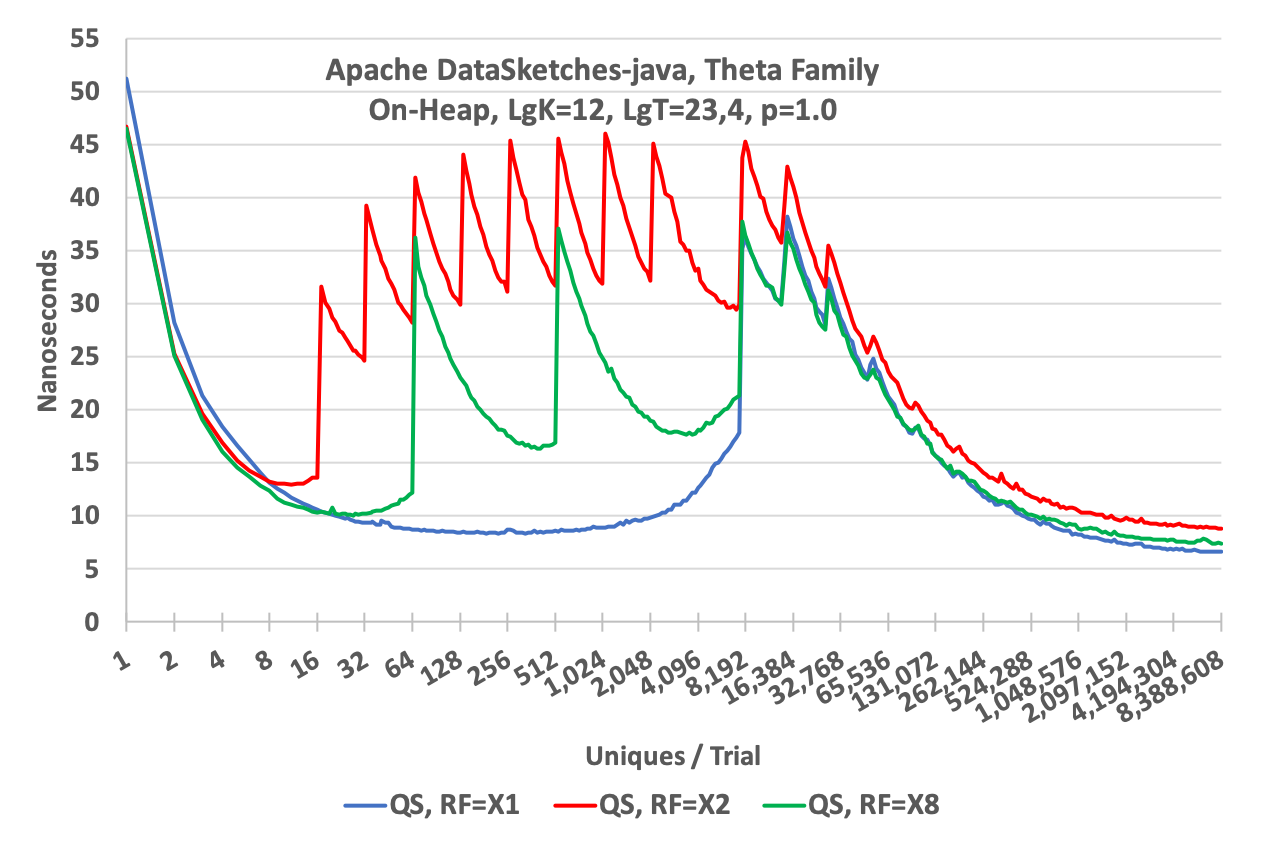 As one would expect the overall speed of the RF = X2 sketch is slower than the RF = X1 sketch and the RF = X8 sketch is inbetween due to the amount of time the sketch spends in resizing the cache.

The tradeoff here is the classic memory size versus speed. Suppose you have millions of sketches that need to be allocated and your input data is highly skewed (as is often the case). Most of the sketches will only have a few entries and only a small fraction of all the sketches will actually go into estimation mode and require a full-sized cache. The Resize Factor option allows a memory allocation that would be orders of magnitude smaller than would be required if all the sketches had to be allocated at full size. The default Resize Factor is X8, which is a nice compromise for many environments.

How these graphs were generated

It needs to be pointed out that these tests were designed to measure the maximum update speed under ideal conditions so “your mileage may vary”! Very few systems would actually be able to feed a single sketch at this rate so these plots represent an upper bound of performance, and not as realistic update rates in more complex systems environments. Nonetheless, this demonstrates that the sketches would consume very little of an overall system’s budget for updating, if there was one, and are quite suitable for real-time streams.

The graphs on this page were generated using the utilities in the Characterization Repository. There is some more documentation with the code on using these tools if you wish to re-run these characterization tests yourself.